The heart of the city (GMPC)

Genius is an attractive woman in her mid thirties with short black hair and blue-green eyes. She stands five foot nine and has a lean, athletic build from lots of bicycling, yoga and savate practice. As Traveler her costume consists of durable armored plates over a base of duraweave and teflex, all in blue, white and red. 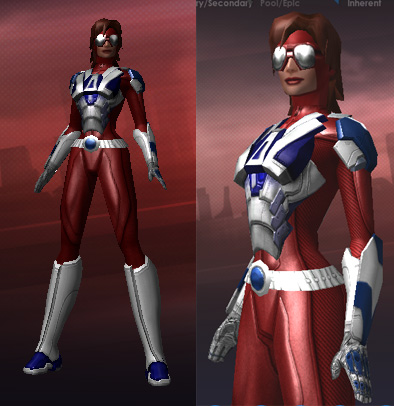 Sorel Laurent had been a highly intelligent medical student who had the good fortune to serve her internship at Gateway Memorial. She had angled for a position in extra-terrestrial studies, most notably a series of symbiotic life forms stored in one of the sub levels. The life forms had presumably been tools employed by alien travelers who employed these genetically engineered creatures to interface with organically grown vessels. One of the symbiotes had wound up in the hands of the Science Squad, and later a young woman had found it and used it to become the heroine Qi Lin, another had become joined with the Vindicator Redcap. The other symbiotes and the vessel had been held by ECLIPSE, a super secret organization that confronted alien threats, but had gone too far and saw all alien incursions as hostile. In the wake of ECLIPSE’s demise the symbiotes fell into the hands of Gateway Memorial for research.

Sorel found the research fascinating, especially how the strange creatures seemed able to interface safely with humans despite them not being designed to do so. Then “D-Day” happened and the hospital was shaken to its foundations. One of the containment units shattered, a symbiote was free. Instinct caused it to look for a host.

Sorel’s scream only made it easier to slide down her throat.

In the coming weeks it took a period of adjustment, but Sorel finally learned how to use her newfound powers, to manipulate gravity. She took the name “Oblique” because she liked doing tricks like attacking people by standing on walls or ceilings, coming at enemies from odd angles. She spend a couple years in Science City acting as a government employed super heroine during those days when the city was still acclimating to the chaos of being a pan dimensional nexus. One day Sorrel and several other heroes were dealing with a typical crisis when a stray bullet caught her in the back of the skull. Sorrel survived the shot but complications with the symbiote caused it to die and to drop her into a coma. Sorrel remained unconscious.

The person who woke up in the hospital was not Sorel but someone who claimed to be a personification of Science City itself. Someone who wanted to be a hero, adopting the name “Genius Loci” (which is Roman myth is the protective spirit of a place) amongst her friends, the name “Traveler” when performing heroic deeds.

Sorel had been an insatiably curious, intelligent adventurous individual, one could say that she was a bit of a renaissance woman. The being inhabiting Sorel’s body now seems to echo some of those traits; seemingly benign, she is full of endless curiosity for her environment and possessing an honest desire to protect Science City’s inhabitants. She seems to hold a particular affection for super heroes.

“Sorel” still possesses the original’s skills and knowledge as an experienced medical doctor specializing in the field of xenobiology although she does not possess the former’s instincts. She is a talented cyclist, with some skill at savate. French was Sorel’s her native language and she had picked up several dialects. While she cannot speak other languages she can instinctively understand the intent and needs of individual city dwellers and make her own intentions known. This seems to be a form of communication that goes beyond language. Unfortunately this ability does not work on tourists.

Genius has an intimate knowledge of Science City itself; streets, neighborhoods, construction sites, building names, the location of businesses, issues with power, water, gas, sanitation, etc. As she has jokingly said she knows herself very well.

Genius Loci possesses the ability to manipulate her host body and is able to repair it, alter things like hair and fingernail length as well as maintaining its health and tone. It is not immune to physical harm and any serious trauma will cause her to become temporarily dormant until the damage is repaired.

Genius Loci does not sleep, although the body does need occasional rest. In these times she is able to communicate via electronic devices via text.

Genius Loci is able to teleport herself and others to any part of the city instantly, this includes the city of Warren which, while is legally independent apparently is in spirit still a part of Science City. It is difficult to teleport a moving target or someone who is consciously unwilling; it would be far easier to teleport an unconscious or bound criminal to prison than one who wasn’t. for example. Genius Loci is incapable of entering the town of Hamtramck or the city of Warren as they are not a part of the city and in fact seems to have a spirit all its own. It is unknown how far out into the Detroit River she could venture before losing control of her host body, as Genius is unable to leave the city limits; doing so would cause the body to collapse like a marionette with its strings cut.

Genius Loci has a prenatural sense regarding the state of the city and the inhabitants in general, she is able to tell when something is not right or more unusual than normal. She is also able to sense the presence of super human and supernatural beings nearby within a few miles of the body she inhabits, and if she meditates for a short time can pinpoint any super hero within the city limits. Sorel is able to communicate with the animals of the city, from pigeons to rats to cats and dogs as well as others and she is able to summon and control hordes of them as well as insects, bats, etc.. She is also able to communicate telepathically with spiritually powerful beings (i.e. Sista Doc, ghosts, etc.).

Genius Loci is able to influence citizens into aiding her in a wide variety of ways. With each of them being essentially a part of her they find themselves compelled to be friendly and helpful towards her, be it a ride in a cab, free meal at a restaurant, new clothes, etc. A strong sense of civic responsibility prevents Genius from abusing this power. Beings of strong will (i.e. super villains, super heroes), are largely immune to this power.

Genius Loci is able to manipulate the city’s matter; she is able to perform such acts as causing concrete to liquefy temporarily or to animate brick and cement, or to cause a plate glass window to shatter in order to create a hail of deadly missiles or to cause a manhole cover to whip through the air or to act as a shield. She can animate statues (i.e. cause the Joe Louis fist to crawl to and grasp a perpetrator) and even cause masses of matter to assume humanoid form (i.e. the contents of a garbage truck.). She can also restore any matter she manipulates to it’s original form. These tricks are ineffective on matter that is new to the city and has not yet been assimilate by her. 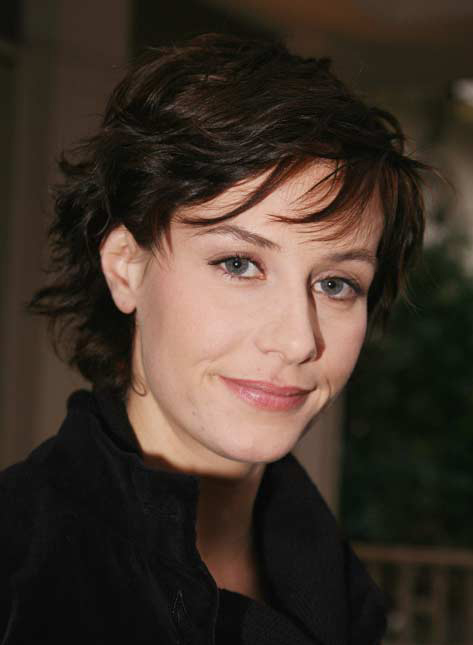