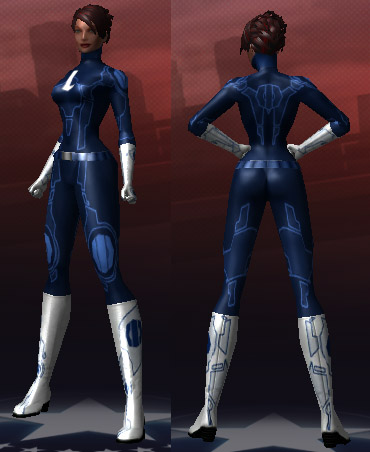 Gina Gray is a young Hispanic girl in her mid-twenties. She is playful, funny, and outgoing but only now beginning to mature out of her punk rock attitude. Wait. Why am I taking about myself in the third person? Is the critter acting up again? That’s the hardest part of hosting a Symbiote. I never know what’s my own thought and what’s coming from it. 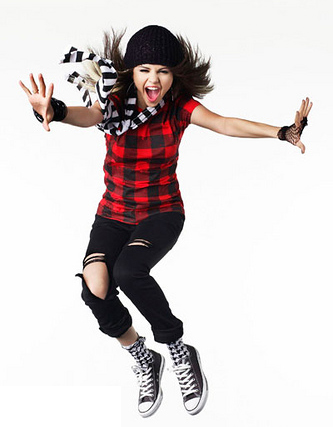 Symbiote. Actually, I’m just the host for an alien life form which I don’t really understand. It came up with the name Gravity Girl. At least I think it did. Anyways, it gives me the ability to modify the gravity. It began as just being able to make things move up and down, but I learned in Uni physics that everything has gravity, so I’m gonna figure out how to mess with that inherent gravitational force between any two objects.

I still don’t know much about the alien life form. Its origin is unknown. I can’t exactly talk to it, I mean, I can talk to it, but not with it. It’s not like I can hold a conversation with it because I don’t actually hear it speak. I just kinda know what it’s thinking because they become my thoughts. Does that make sense to you? Because it doesn’t to me, but what do I know? Maybe someday I’ll find someone who studies this kinda stuff and we’ll figure it out then.

I was born Carlita ‘Lita’ Sanchez Hernandez Garcia in Detroit to undocumented Mexican immigrants. My parents changed my name on my first birthday to sound more “American”. Lita and Gina must sound pretty close to a one year old. My parents are great. They run a food truck in “the Fleat”. Best molé in the city! I’m bilingual. As a kid I always wanted to be an artist, a painter, oils on canvas, but I’m not very good at it. I had four years of piano lessons starting in third grade, but I really enjoy bass guitar. I learned how to play on my own in Junior high and I started a Pixies cover band in high school called Pick These. Yeah, I had a pretty normal life up until September, 2015. The “interdimensional accident” (air quotes) they call D-Day pulled an alien lifeform from somewhere out there and somehow fused it with me. I figured out pretty quickly that the “critter”, (that’s what I call it- it doesn’t seem to mind) well it allows me to allows me to distort the localized mass energy exerted by the Earth. Technically, I distort the mass energy of the secondary, smaller object that is on Earth, like a spoon, or a person, or a 2007 Dodge Caravan. This distortion can either increase or decrease the effective “weight” of the secondary object.

Whatever. It means I can make things heavy or light. I can’t fly, but I can levitate or float or whatever you want to call it, and I can jump, like, crazy far.

I’m a big time short-boarder, meaning I know my way around a skatepark, and I’m just about to get my BS in CIS, so I’m a pretty decent hacker, both with software programming and hardware networking.

In a fight, I’ll either jump to get away or I’ll drops something heavy between me and whatever is coming at me. Or if that doesn’t work, I can make the attacker weight as much as a jumbo jet so they can’t catch me. What I lack in battle skills though, I’ll make up for with my other abilities. I’m primarily a defender, a protector, and an information getter. I’ll never go toe-to-toe with a bad guy. That would be stupid. Instead, I’ll let the tanks handle that part while I’m behind protecting the civilians, and finding a way for everyone to survive long enough to get away.

I’m usually in normal clothes. You know, ripped denim, metal t-shirt, Chuck Taylors, as opposed to that hot pink Gravity Girl uniform. At least it doesn’t have a cape. Can you imagine? But I am working on a Levity outfit. It’s dark blue spandex with elbow length white gloves and knee high white boots. And it has a big white letter L on the front. Hah! As if. Wait. What? You mean I really have to wear something like that to join your team? Seriously? Oh gawd… (facepalm)

In case it wasn’t clear, Gina is a typical millennial girl, obsessed with music, her iPhone, social media, and guys with beards. She can be self-absorbed, and she’s got an extremely short attention span, so she’s not intentionally rude, just easily distracted. “Hey, that’s harsh! I’m not- Ooh! Ice cream truck! Who wants a snow cone?” She’s almost always smiling, she laughs a lot, she can take a joke and even a good roast meant in fun from a friend, but she despises bullies. She’s loud and always wants to know what’s going on. She cares deeply for people, even strangers, and just wants “the world to be a nicer place.” “That last part is true. You can quote me there!”